The Landes department, at 9360 km2, is the second largest in France. It belongs, together with Iparralde (Basque-French Country), to the region of New Aquitaine, and its endless successions of pine trees constitute the largest expanse of forest in Western Europe. 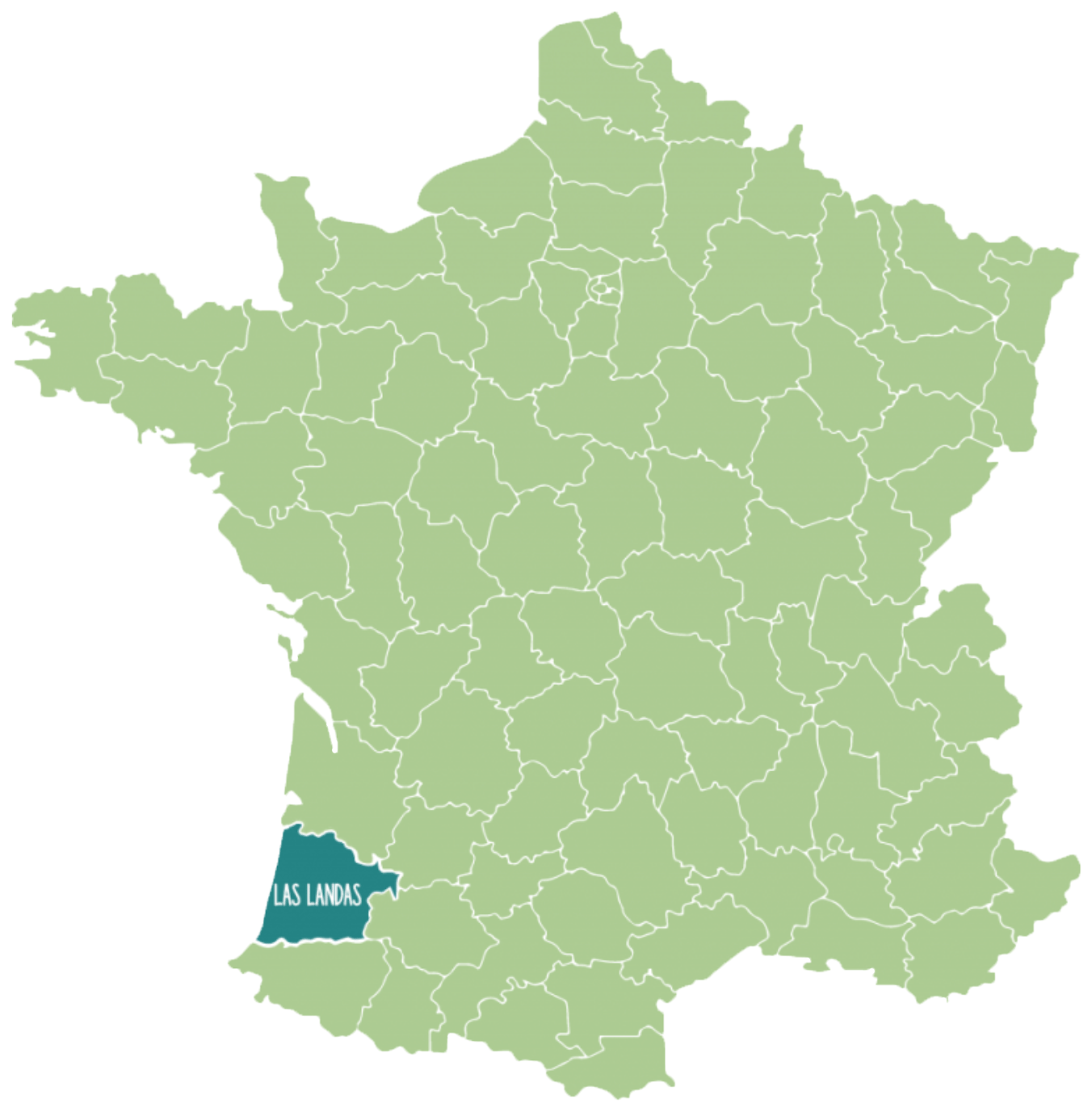 A bit of history

There is evidence of human presence throughout the region as far back as prehistoric times. Its ideal geographical location, between the sea and the mountains and at the crossroads of three of the four pilgrimage routes to Santiago de Compostela, made it an area of conflict during the Hundred Years' War and the Wars of Religion.

The present-day department of Landes was created in 1791, two years after the outbreak of the French Revolution. The main task entrusted to the Constituent Assembly was the administrative and territorial restructuring of France, which until then had been governed by regions. 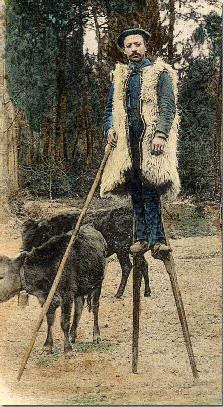 The inhabitants of Landes used stilts to move around the marshland.

The Landes territory had always been dominated by large moving wet sand dunes, creating a vast expanse of barren land. Most of the region now occupied by the Landes forest was marshy land that was sparsely inhabited until the 19th century. During this period, the Landes people used stilts to move from place to place.

At the beginning of the 18th century, the newly created Dune Commission carried out dune fixation between 1817 and 1825 to keep the coastline firm and stable. Thus, elevated settlements were established a few metres from the coast and the sand was allowed to occupy the land between the settlement and the coast.

It took several more decades to succeed in drying out the Landes, thereby eradicating diseases such as malaria from the area. Taking advantage of the drying out of the Landes, Napoleon III began a massive planting of pine trees in the region in 1857 in order to fix the land, thus protecting the existing populations from dangerous land movements, while creating a rich and useful land. Once the land was fixed, he built agricultural roads to facilitate traffic in the region. Thus, the largest forest in France and one of the largest in Europe was created.

The forest was planted to rehabilitate the landscape and for regional economic development. Since the 1970s, certain parts of the forest have given way to intensive agriculture (in particular grain cultivation).

The department is divided into four main tourist areas, each with its own distinctive character: the Coast, the Forest, Sud Adour-Dax, and Armagnac-Mont-de-Marsan.

1. The GRANDS LACS LANDAIS area, where the lakes of Sanguinet, Biscarrosse-Parentis and Aureilhan, which flow into the Atlantic through the Courant de Mimizan, are located.

2. The part of the coastline known as "LANDES NATURE", the least built-up stretch of coastline in the department, stretches from the mouth of the Courant de Contis to the Courant d'Huchet. A few kilometres inland there are villages such as St-Julien en-Born (Contis), Lit-et-Mixe, Vielle-St-Girons and Leon, whose traditional appearance remains unchanged. Others a little further along the coast are Linxe, Mezos and Castets.

3. The southern coast of the Landes, from Moliets to the Adour estuary, is the most populated stretch of the coast and has the largest number of tourist facilities, as well as the port of the Landes, Capbreton. 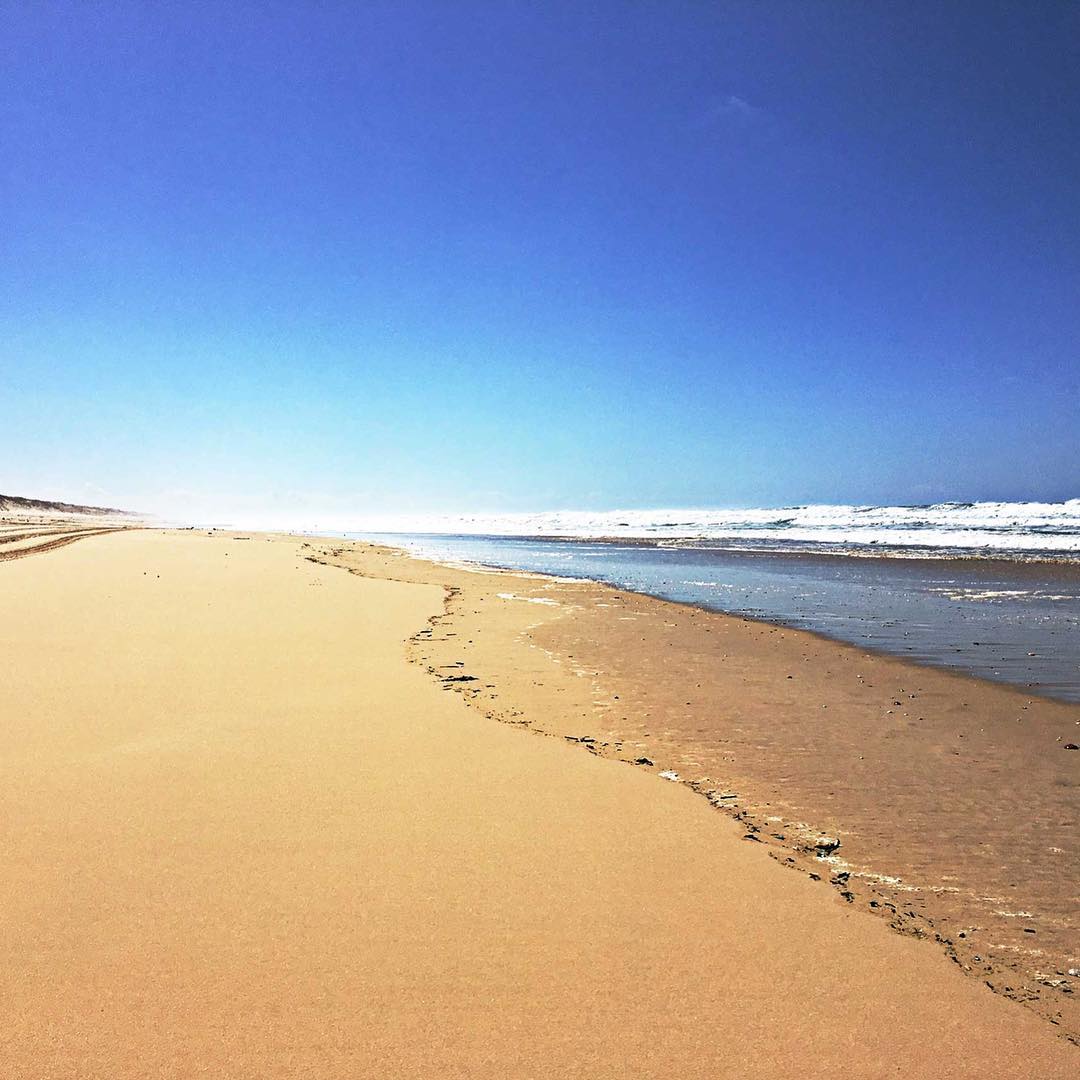 Here, in the heart of the largest expanse of forest in Western Europe, the Landes de Gascogne Regional Nature Park was established in 1970 with the aim of promoting economic development and the tourist industry, the fragile ecological balance and the quality of life in the area. The most important tourist site in this region is undoubtedly the Ecomusee de Marquèze (Sabres), which is housed in a carefully restored traditional forest house, known as an "airial", dating from the 19th century.

In the rural districts of Pissos, Moustey, Luxey, Brocas, Sore and Labrit you can appreciate other aspects of life in the high Landes, while Morcenx, Tartas and Roquefort show typical characteristics of the neighbouring region. 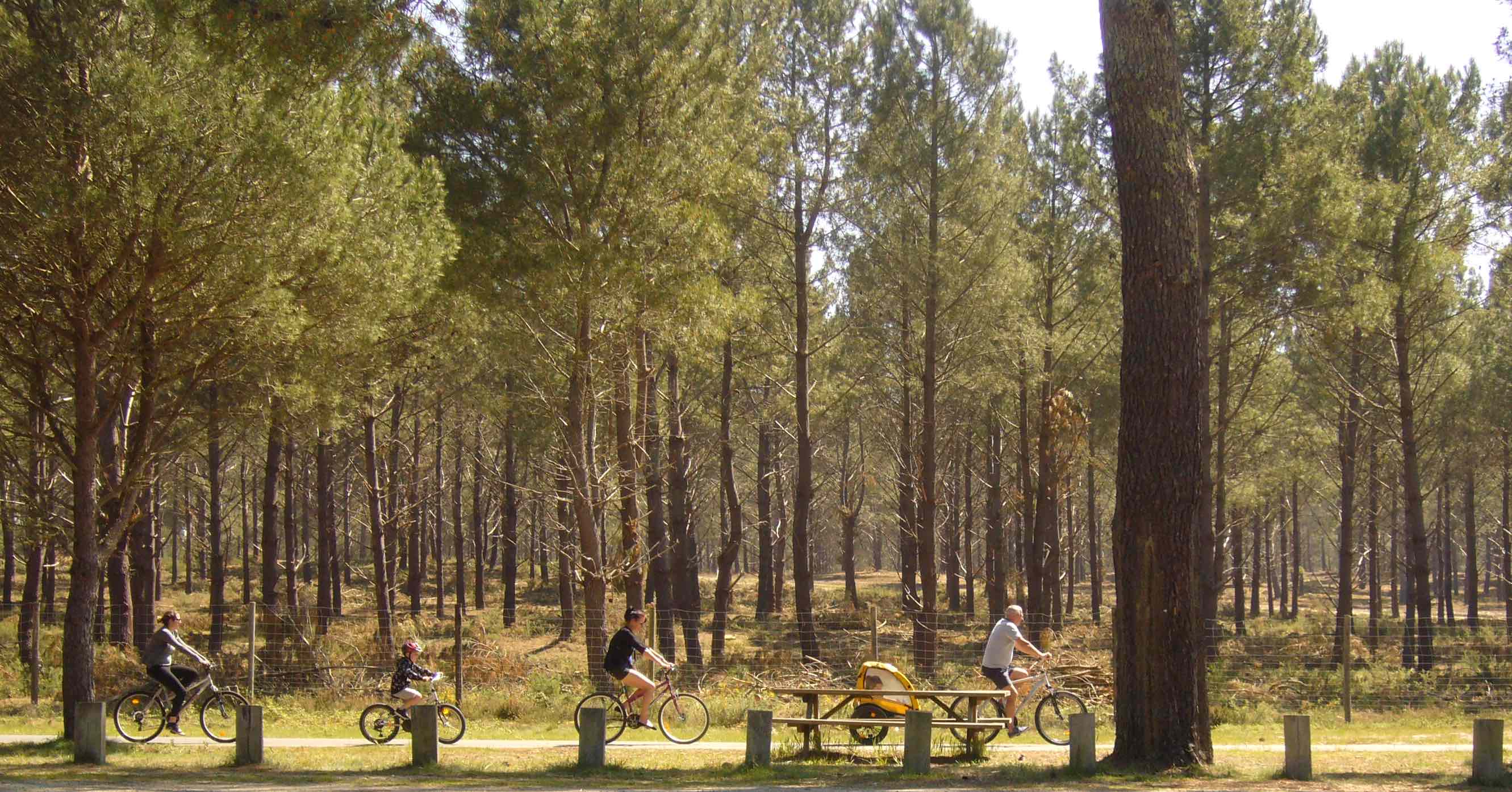 The Adour divides the Landes into two geographically distinct parts: plateau and forest to the north and to the south a hilly landscape, home to oak trees, corn and vineyards. This is also the most populated region, with a large number of small villages scattered across the countryside.

The Barthes de l'Adour, or floodplains of the Adour River, are planted with oak forests that contrast with the pine trees so evident elsewhere, while the Barthes de Saubusse are home to the last fifty specimens of the Barthes Pony, which live there in a semi-wild state. In Saint-Martin-de-Seignanx and Pontonx, the department's Hunting Association has restored the Barthes floodplains to their original state, thus creating a reserve for bird life. 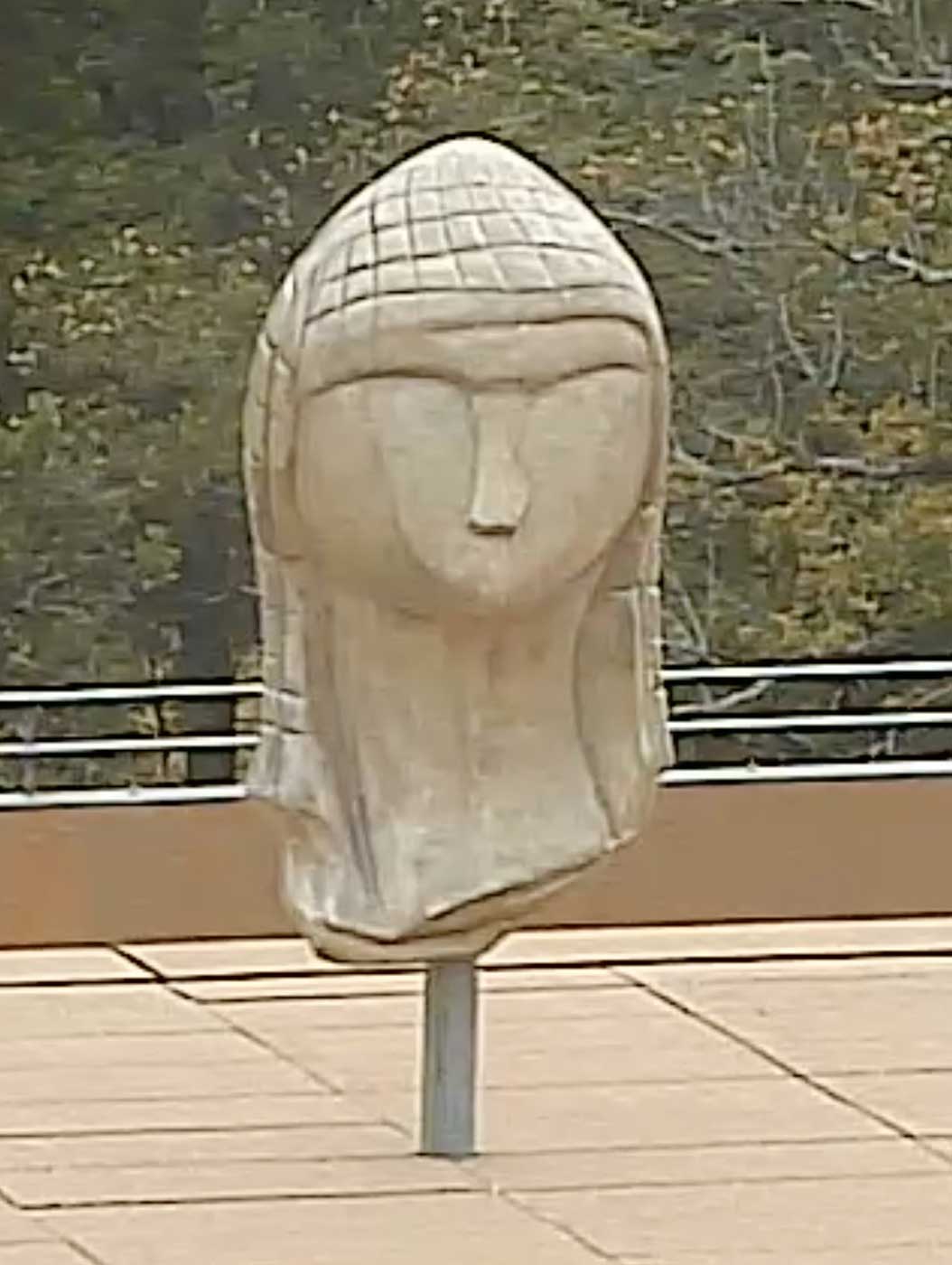 Humans have left their mark on these lands since prehistoric times. The oldest sculpture known to date - the Dame à la Capuche - was discovered in the Brassempouy caves. There are also some remarkable ruins from Gallo-Roman times, particularly at Dax, while Aire-sur-l'Adour bears witness to the days of Sainte Quitterie and the Visigoth kings. Remains dating from the Middle Ages remain, and can now be seen in most of the villages, notably the romanesque churches of Saint-Sever, Montfort en Chalosse, Sorde l'Abbaye, Brassem-pouy, Arthous, Pimbo, Cagnotte, Amou and Audignon, not forgetting the wonderful crypt of St-Girons in Hagetmau.

This is the smallest geographical region in the Landes, but between Villeneuve-de-Marsan and Gabarret the landscape is more varied than in any of the other areas, with a diversity of landscape and architecture. Pine trees mingle with oak and chestnut trees. Vineyards occupy a privileged place, not for nothing is this region the home of Armagnac wine. The walled towns of Labastide d'Armagnac and St-Justin stand out here. 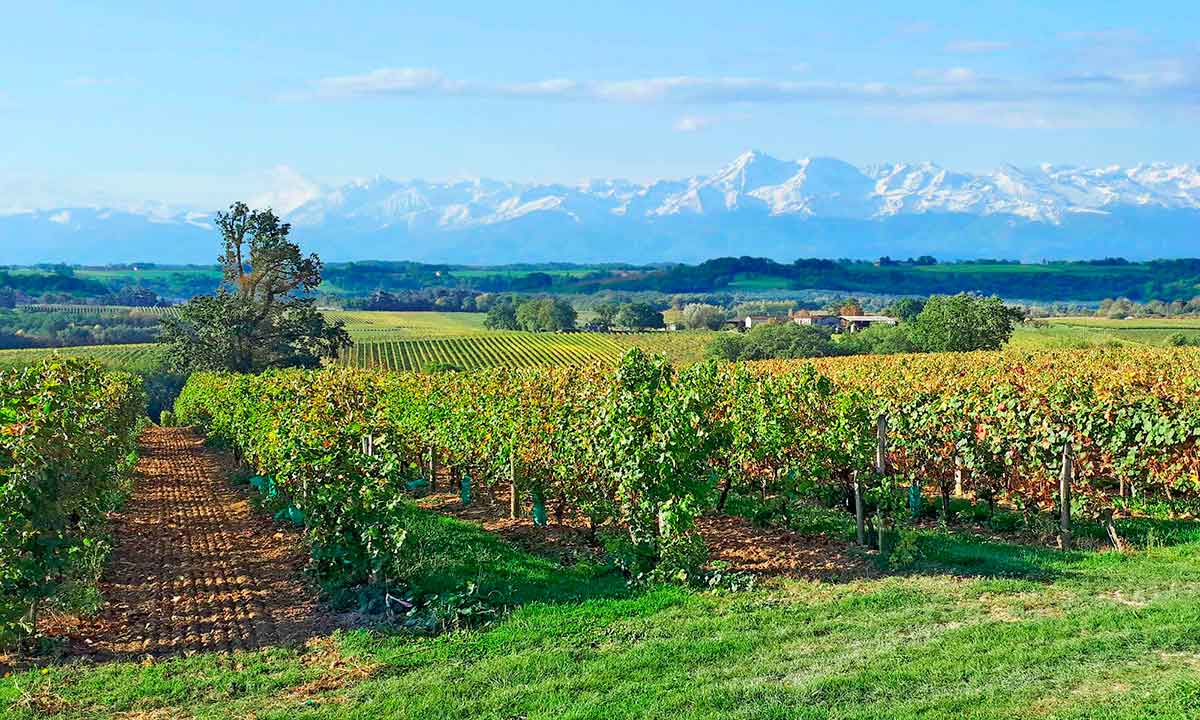