Without wishing to be exhaustive, we have made a representative selection of the many museums that populate the Landes. We have given priority to those which are closest to the coast and/or which present an interesting degree of originality. 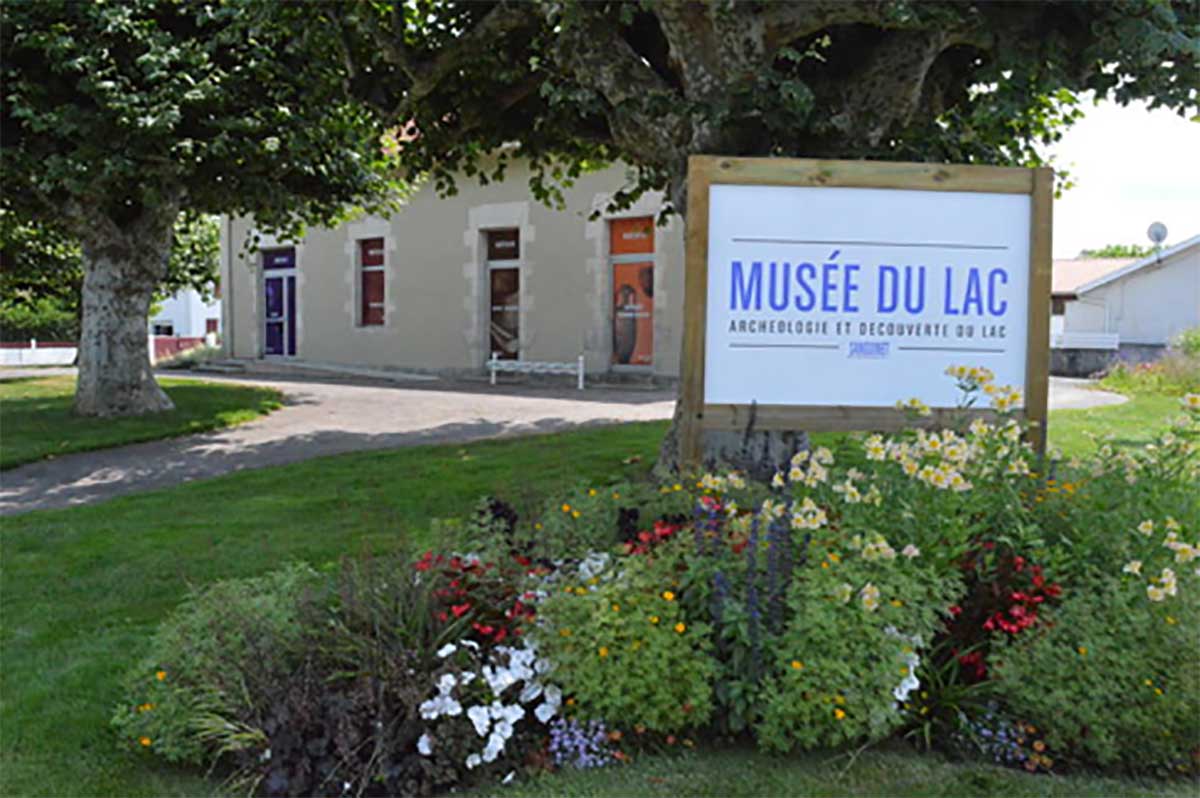 Located in the city centre, the Musée Municipal du Lac de Sanguinet is a "Musées de France" certified museum. After 40 years of underwater archaeological research carried out by the Centre for Research and Scientific Studies (CRESS), 5 archaeological sites have been identified. The result of this research is the collection of 450 objects which the museum uses to show the daily life of our ancestors from the Neolithic period onwards. The permanent exhibition space, divided into 3 chronological sections (Neolithic, metal age and antiquity), includes objects from the habitat, crafts, agriculture, livestock, metallurgy and navigation. It also includes documentation, films and models, providing an interactive knowledge of the museum.

The Museum of Traditions is a space dedicated to the history of Biscarrosse, showing its culture, explaining the landscape and the way it was built and maintained by man, and providing information on rural and craft activities.

The museum was created in 1988 by the Association Culturelle Biscarrossaise thanks to donations made mainly by families from Biscarrosse, although people from neighbouring municipalities also participated. Donations included furniture, tools, objects and documents.

It also exhibits a number of objects of art, basketry and porcelain painting made by members of the association's own workshops.

It also devotes a special section to obtaining resin from trees, an economic activity that has been very important in the history of Les Landes. Although this activity dates back to Gallo-Roman times, the process became widespread throughout the Landes territory from the mid-18th century, with the end of the agro-pastoral system and the massive reforestation of the sandy plain.

The Museum offers two additional services: boat trips on the Biscarrosse lake and the educational farm. There are two possible circuits for the boat trips: Nabout (two hours, through the heart of the marshes), and Laouadie (3 hours, discover the "little lake"). At the farm, you can see and interact with rabbits, chickens, goats, sheep, donkeys, ducks and peacocks.

From April onwards. Depending on weather conditions. 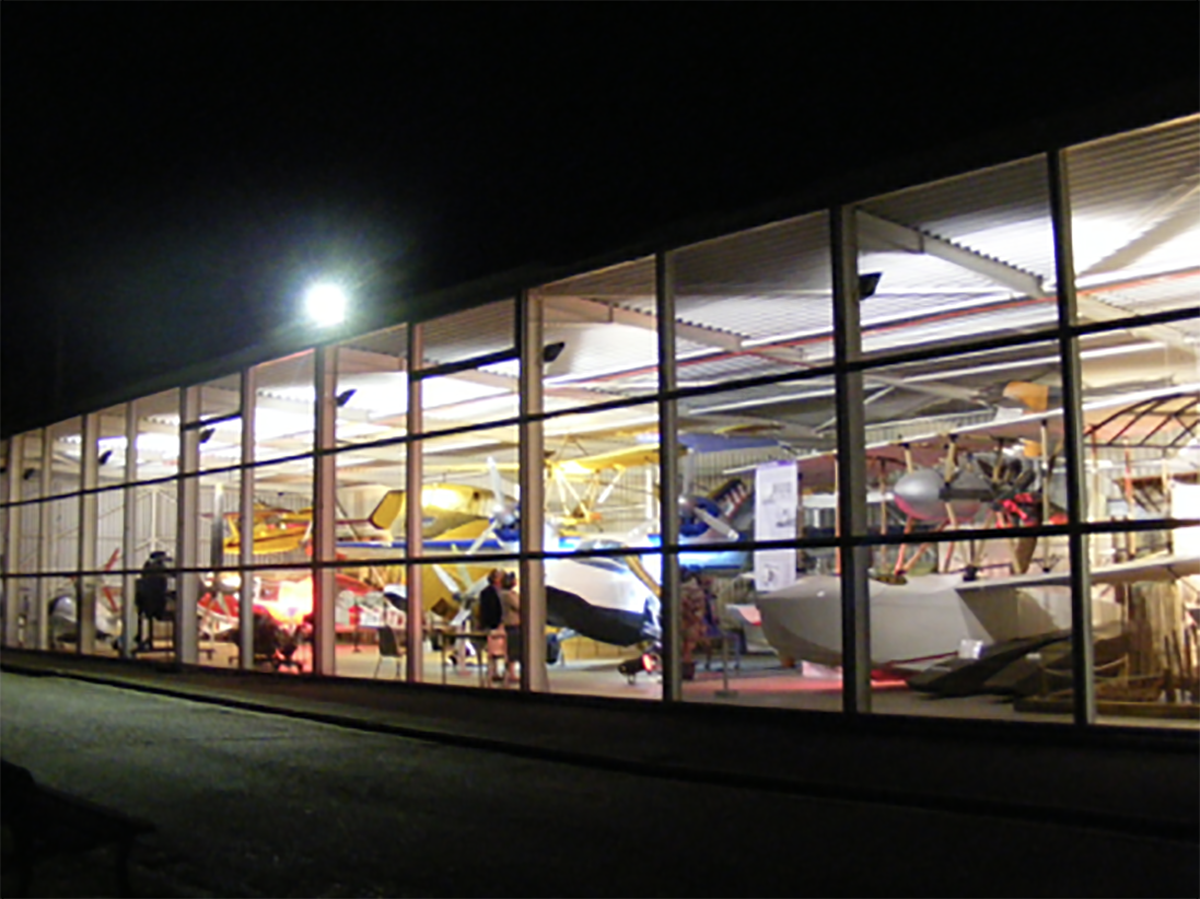 From 1930 to 1955, Biscarrosse was the assembly and flight test site for Latécoère seaplanes. From here, the seaplanes crossed the Atlantic and flew down to Africa. It was later used by the Nazis during World War II as a base for some of the huge BV 222 aircraft.

The seaplane museum, located on the mythical site of the former base, tells all these facts and, in general, the history of seaplanes worldwide.

It is divided into different rooms arranged chronologically, displaying a number of models and real aircraft, as well as period documents, photographs and even original seaplanes.

The entrance ticket includes a booklet detailing all the contents of the museum. This booklet is written in different languages, including english. 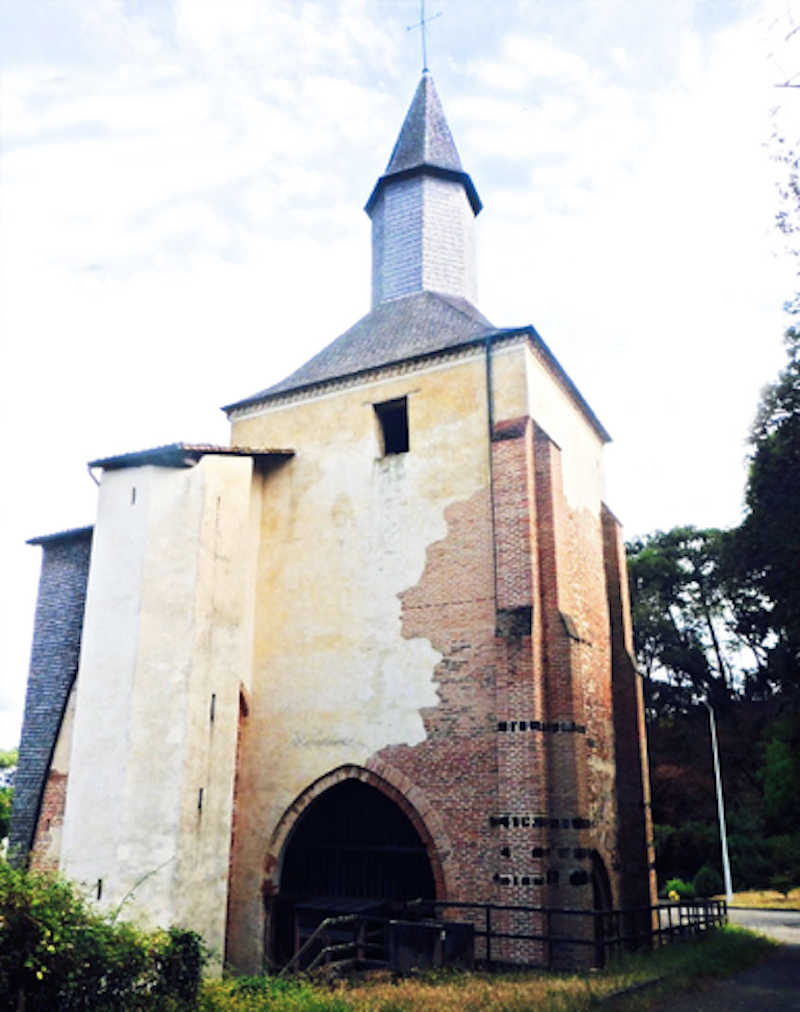 The bell tower-portico of the former Priory of Mimizan is inscribed on the UNESCO World Heritage List under the title "The Pilgrims' Roads to Santiago de Compostela in France".

It has a 13th century polychrome carved ensemble and 15th century mural paintings.

Booking is required before attending. 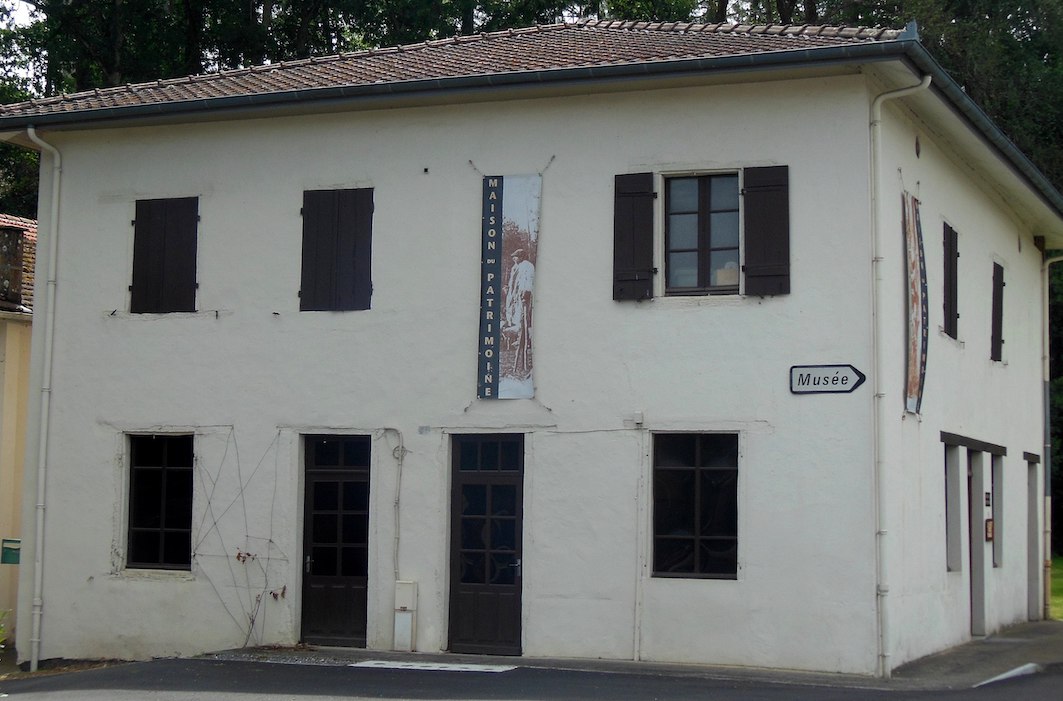 It is located just across the road from the Musée du Prieure (Priory Museum).

The Heritage House offers an original look at the forest and its history. A permanent exhibition presents the traditional rural society of the Landes through two emblematic figures: the shepherd and the resin maker.

There are collections, testimonies and animations that deepen the knowledge of the men and their interactions with the forest. A temporary exhibition helps to discover, with the passing of the seasons, a particular aspect of the local heritage.

Registration for tours and events takes place during the Maison du Patrimoine's opening hours, i.e. Monday to Friday from 9am to 12pm and from 2pm to 5pm. The tours are guided and offered at fixed times. The tour lasts approximately one hour. 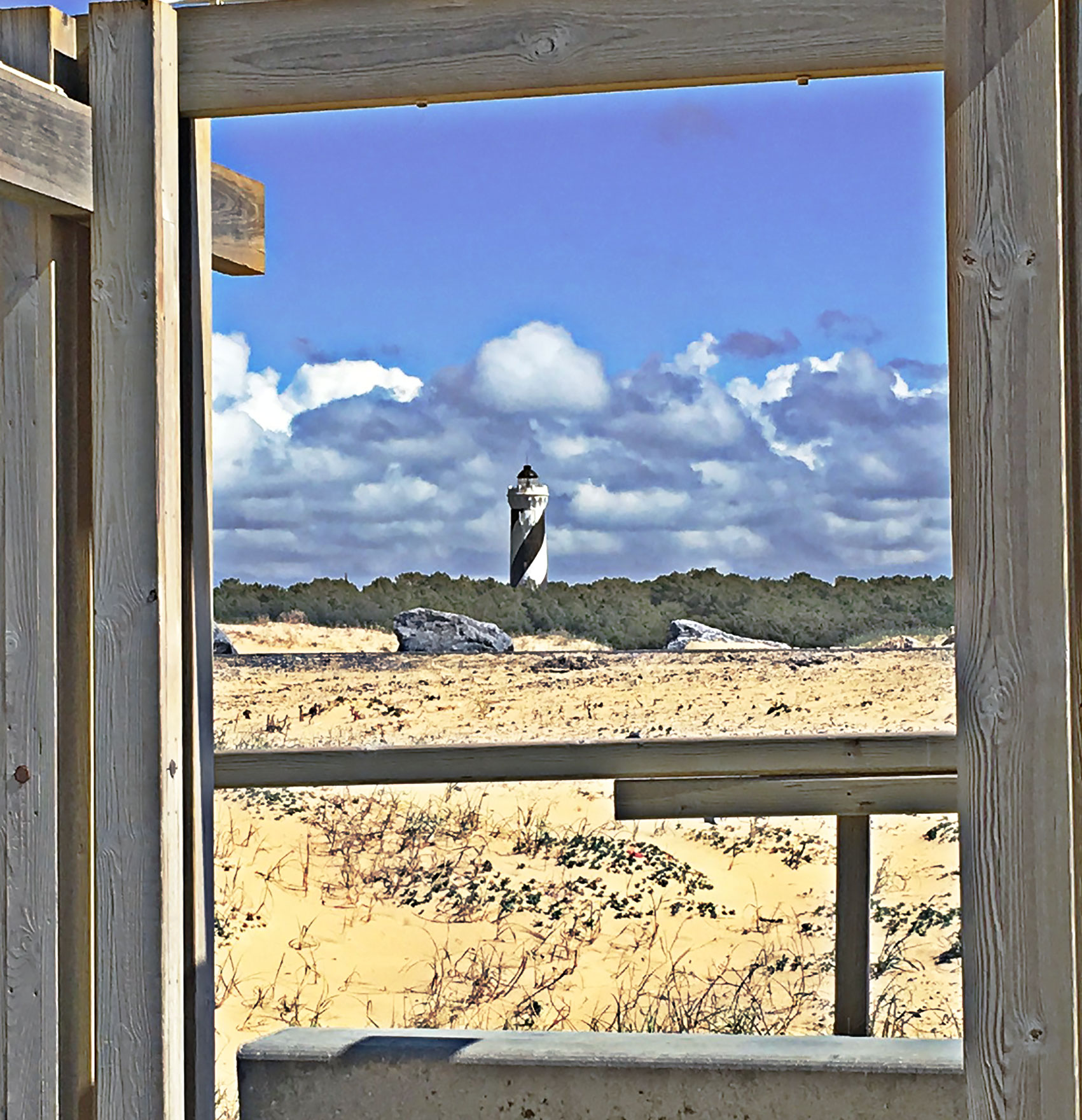 From this lighthouse, the only working lighthouse in the Landes region and located quite a distance from the beach, you can enjoy an exceptional panoramic view: on one side, the immensity of the ocean; in front, the gigantic Landes forest; in the middle, the pretty village of Contis and the sand dunes.

All the information about the lighthouse can be found on another page of this website by clicking on this link. 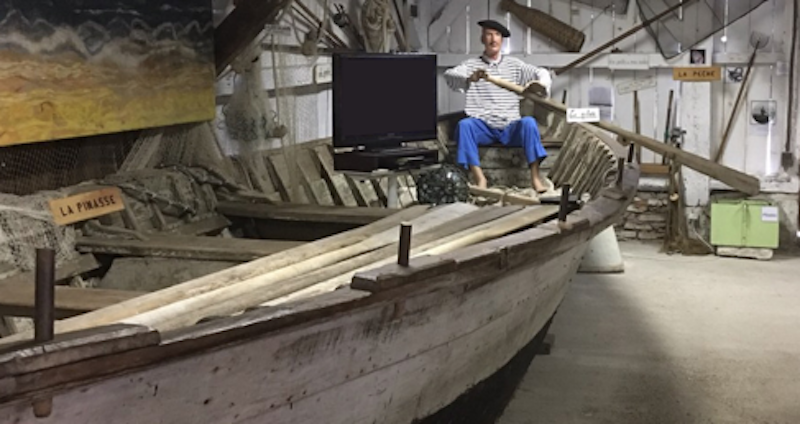 A Landes heritage museum where you can discover local traditions from the 19th to the 20th century. Memory and culture are transmitted through objects, works, crafts, family and rural life. It offers guided tours and videos.

The barn houses a monumental vegetable garden and a wide variety of spaces, such as the apiary, the pig trench, the forges of Uza...

Free or guided tours (2 hours) are free of charge. There are tours in English, fact sheets translated into different languages, games, educational activities for schoolchildren, the disabled and groups. 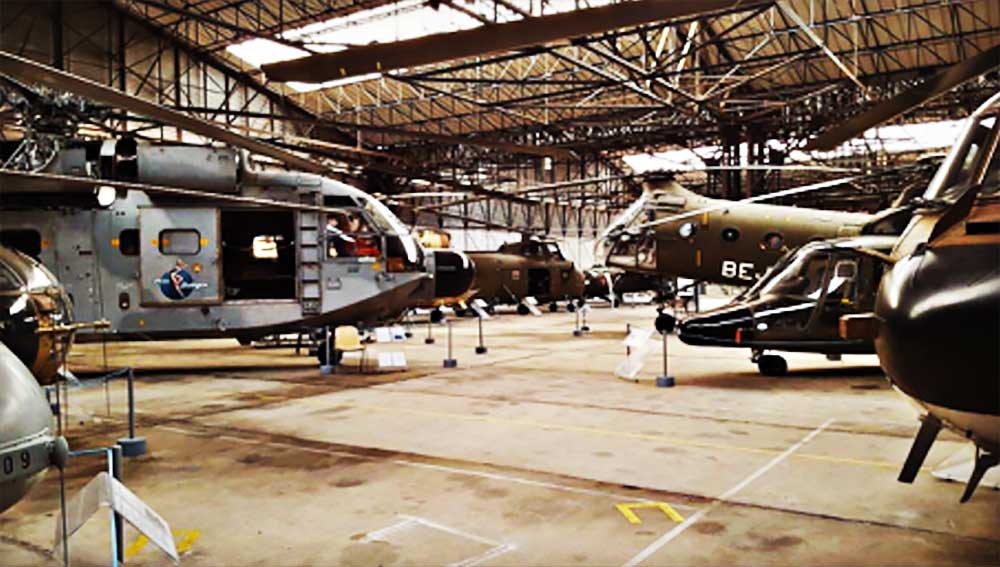 The Army Light Aviation Museum (A.L.A.T.) is a military organisation created by the Minister of Defence. It is located at the Dax aerodrome, on the grounds of the ALAT school (initial helicopter pilot training) and under the supervision of the school's commandant.

The Association of Friends of the ALAT Museum (AAMALAT) was created in 1981. It contributes to the preservation, development, improvement and dissemination of the historical and cultural heritage through all the collections held by the ALAT museum. The association is composed of more than 550 members. Most of them are former pilots and military mechanics who flew in the aircraft present in the museum.

The museum guides, volunteers from the association, actively participate in the technical and historical presentation of the aircraft, and introduce visitors to the collections and the entire history of the ALAT.

More than 30 aircraft, in perfect condition, as well as hundreds of objects and memorabilia, often rare or unusual, are housed in its 2500 m² of covered space. The museum offers a presentation of the history of ALAT and an opening into the world of helicopters.

The museum is not open on public holidays. 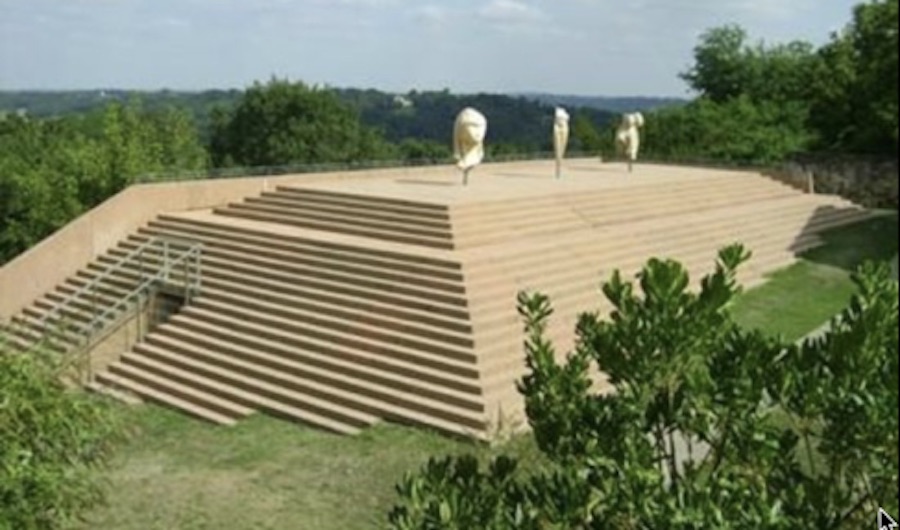 During the Upper Palaeolithic, prehistoric men settled in the Cueva del Papa (the name of a neighbouring farm). They left flint tools, bones, but also ornaments and an exceptional series of 9 human figurines made of mammoth ivory. It is to present these vestiges that the House of the Lady was conceived. Next to it, ArcheoParc presents the daily life of these men, their environment and their techniques. A real journey into prehistoric times... 25,000 years ago!

Brassempouy is essentially known for what was discovered in the Pope's cave: the Lady of the Cap, also called "Lady of Brassempouy", one of the oldest known representations of the human face. The original is preserved in the National Museum of Archaeology in Saint-Germain-en-Laye, where she is the protagonist.

Its story is now presented in a new museum space: the Maison de la Dame, a museum space created to highlight the work of the archaeologists who have been excavating the Pope's Cave for more than a century. This building, with its original architecture, brings us into contact with Cro-Magnon man, his tools and the animals that surrounded him in the Upper Palaeolithic. Brassempouy has delivered bone engravings, ornaments and the most important French collection of female statuettes. 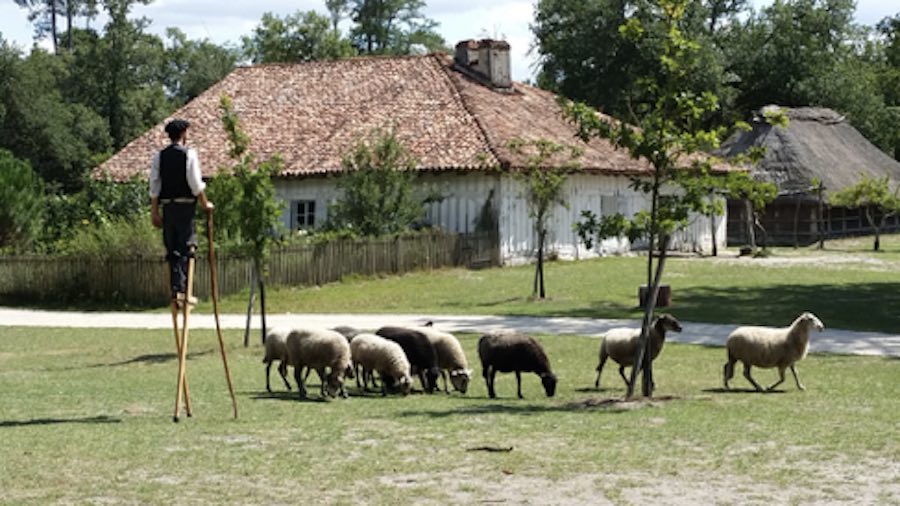 In the Landes de Gascogne regional nature park, a train travels 4 km through the forest to drop off its passengers in the Marquèze district, which covers some 20 hectares of land. It is a reconstruction which aims to recreate the way of life in the area at the end of the 19th century. Some 30 buildings mark out this vast area: the main family house, the shepherd's house, the sharecroppers and a whole procession of barns, beehives and henhouses.

The ancestral homes, sheepfolds, bread ovens, water mills and resin culture are still preserved in this enclave, bearing witness to the way of life of the men and women of the 19th century.

Marquèze offers a vast collection of objects from the period within the buildings and demonstrations of ancient trades common in the area: resin collection, soap making, flour making....

There are also flocks of sheep roaming free, pigs, chickens... There are also areas for traditional games, rest areas where you can enjoy wine and typical local products, musical entertainment...

The eco-museum also offers a wide range of activities: demonstrations of ancient crafts such as weaving, resin weaving or even traditional soap making.

Open to the public from 30 March to 3 November. 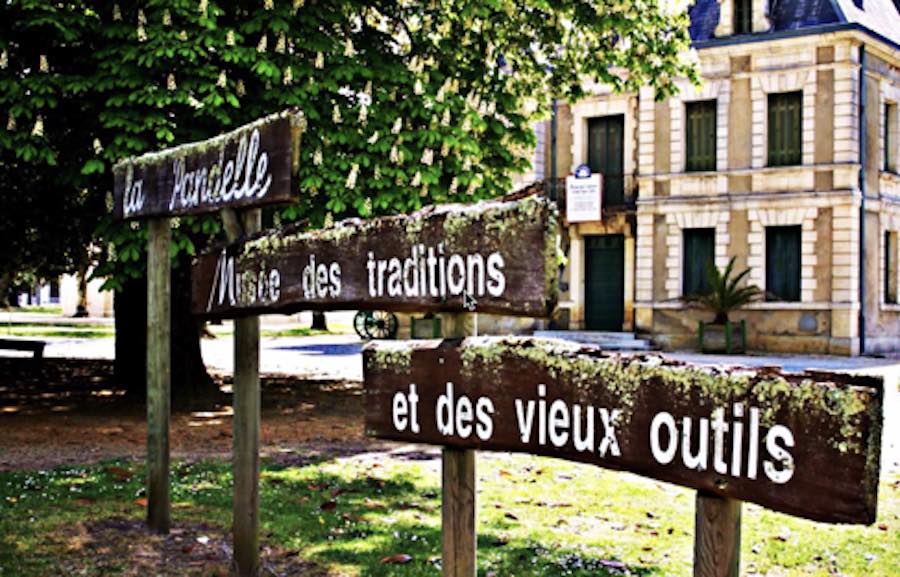 The Museum of Antique Tools and Traditions was inaugurated in 1999. It contains 800 antique tools and thirty-three years of Gerard Séprit's life as a collector ... Some forty bodies of various professions of yesteryear find their place in the different rooms. There are 950 pieces on display, as well as a hundred others in the process of being renovated. Many donors have contributed more than 300 tools of all kinds. These tools are cleaned and restored by volunteers, lovers and enthusiasts of these old tools.

All the tools collected over time are an integral part of the heritage of the town of Soustons.

Today, more than 1000 pieces are exhibited in three main rooms.