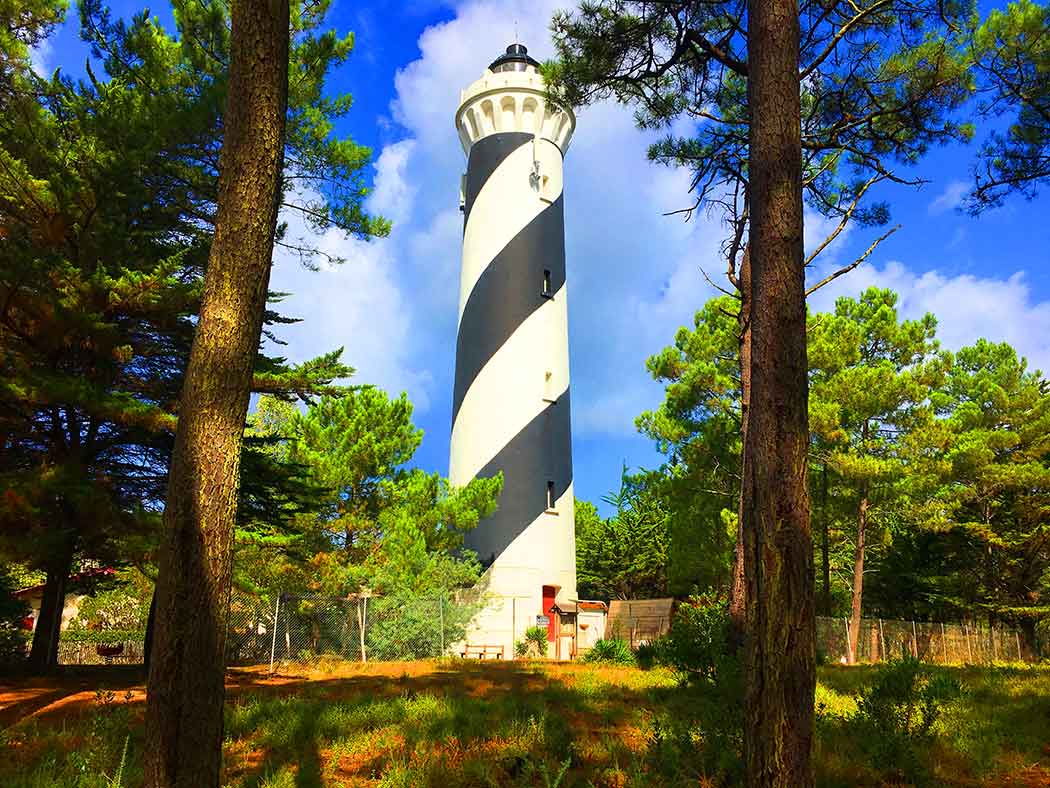 The Contis lighthouse is probably one of the most spectacular buildings in the Landes. From the top of the lighthouse, you can enjoy an excellent panoramic view over many kilometres, with the main features of this region: an endless beach, hundreds of hectares of pine trees and the pretty, well-kept coastal villages.

The Contis lighthouse is the only one in the entire Landes region, and it has a curious peculiarity: it is not, as usual, by the sea, but stands in the middle of the forest, some 500 metres from the beach. The reason is simple: the land by the sea is dune soil, which is dangerous for a building of this type, so it had to be built on firmer, wooded ground.

The lighthouse can be visited from 1 April to the end of October:

The entrance fee is 3 euros, but children from 3 to 12 years old pay only 1 euro and children under 3 years old have free entrance.

It is painted with a double black spiral, making it one of only three lighthouses in the world in the "Barber-Pole" category to have this motif, along with the lighthouses of Cape Hatteras in North Carolina and St Augustine in Florida. 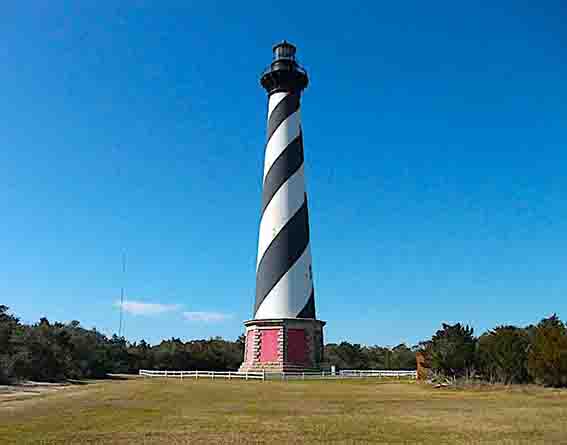 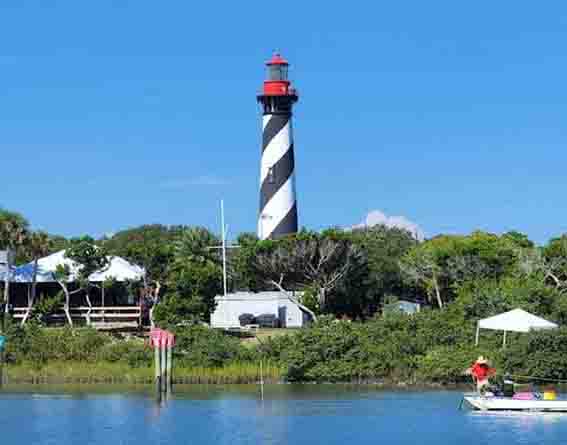 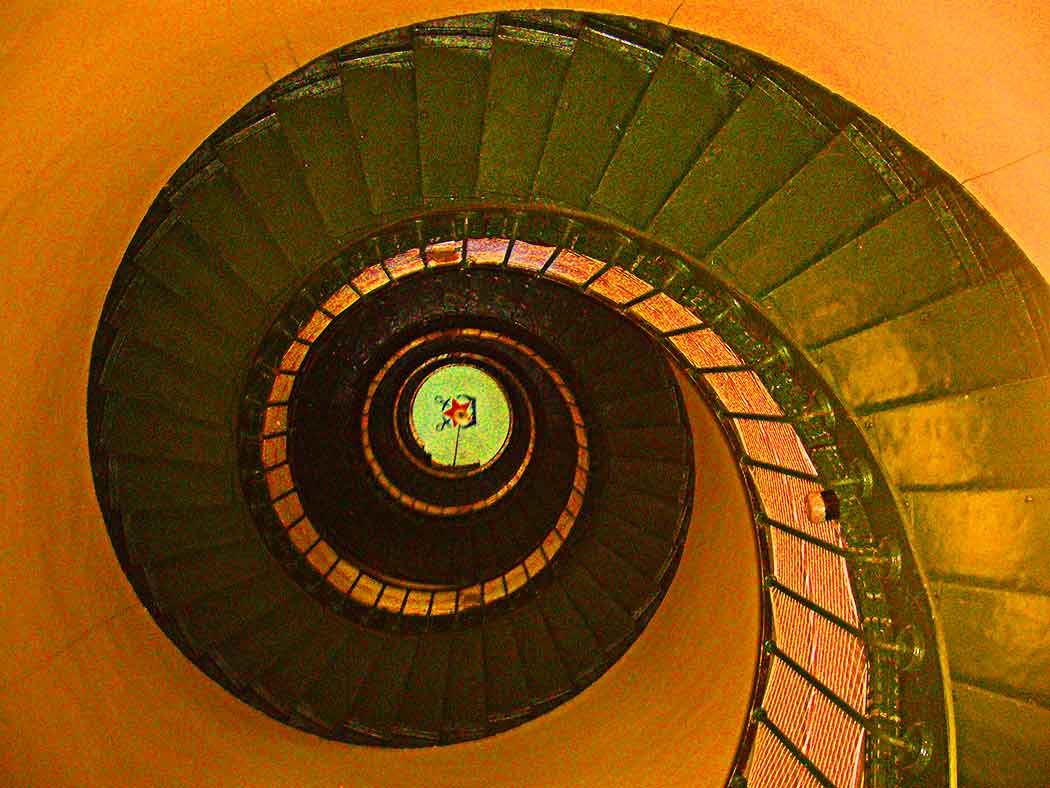 Its 38-metre height is ascended by a spiral staircase with 183 steps, culminating in a small room where the impressive lantern is located. The lantern, located 50 metres above sea level, consists of a 180-watt halogen lamp (which replaced a 1500-watt bulb installed in 1951) that emits four signals every 25 seconds, flashes sent out to sea and reaches a distance of about 42 km. Today it has no guardians and is fully automated. 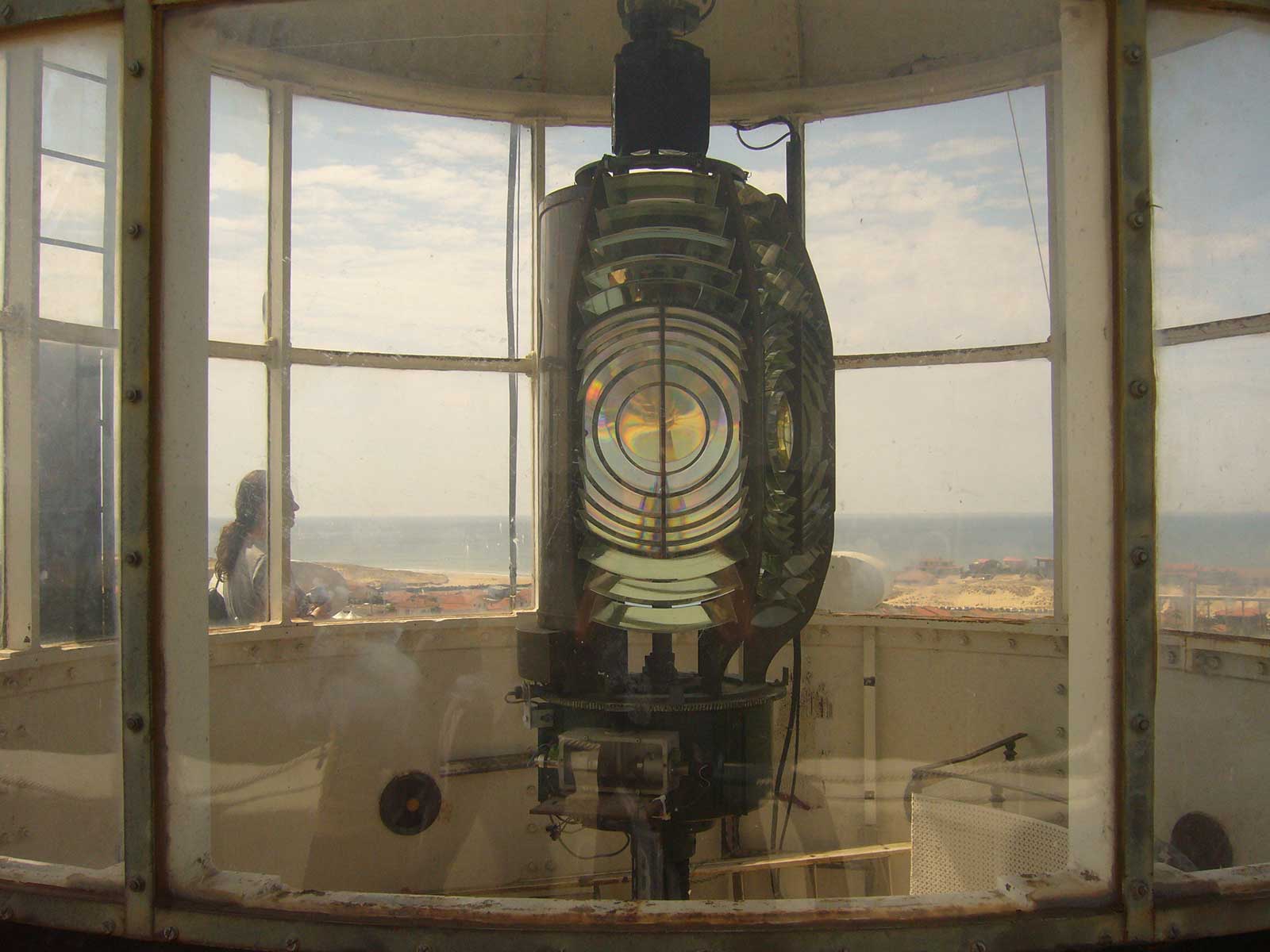 A small, low door leads to the viewpoint of the lighthouse. If you are lucky enough to enjoy a bright, sunny day, the view is as spectacular as it is characteristic of the Landes region.

Endless hectares of pine trees, a charming and well-kept village behind the dune that leads to the beach and the sea in the background are the elements that make up this paradisiacal landscape.

A bit of history

Until 1790, the larger of the two towers of the Church of Santa María de Mimizan served as a nautical reference point, facilitating daytime navigation in this part of the Bay of Biscay. It collapsed at that date due to obsolescence and lack of maintenance. In 1856, the Lighthouse Commission decided, under the auspices of Napoleon III, to improve the navigational facilities in this sector by building a new lighthouse, to be located halfway between Biarritz and Arcachon. The construction of the Contis-les-bains lighthouse, as the commune was then called, was ordered by decree of Napoleon III in 1860.

Work began in 1862 under the direction of the historian and engineer Frederic Ritter. At that time the dome was reached by a cast-iron staircase with 183 steps. Its total height was 41.5 m, and the height of its focus is 39 m. The illumination reached 80 km. The lamp was initially powered by rapeseed oil, but whale oil was also used. The work was delayed to some extent due to manpower and insufficient implementation of the technical difficulties. The eleven-metre high dune on which it was being built was a major obstacle. In addition, the company in charge of the work went bankrupt in 1863, and the work was completed by a new firm.

In 1873, an earthquake shook the building, causing cracks to appear in the walls and mercury to leak out. From 1917 to 1928 there were major failures in the system and it had to be replaced. Originally white, the lighthouse was embellished in 1937 and decorated with two black bands in the shape of a double Archimedean screw by the local painter Bellocq, thus placing it in the category of "barber pole" lighthouses (the name of barber shops in the United States), characterised by being black and white with two black bands winding around the body of the lighthouse.

On 21 August 1944, the German army blew up the dome before leaving Contis. Gabriel Brouste, an entrepreneur from Saint-Julien-en-Born, continued the restoration work in October 1948. In 1950, the power of the lamp was significantly reduced to 42 km and the direction of rotation of the beam was reversed.