Mimizan is undoubtedly the most important - and most touristy - coastal commune in the north of the Landes. It is divided, like practically all the municipalities of the Landes coast, into two parts: Mimizan Bourg ("Village") and Mimizan Plage ("Beach"). It should also be noted that, in terms of tourism, Mimizan has formed a community called Communauté de Communes de Mimizan together with Aureilhan, Bias, Pontenx Les Forges and Saint Paul en Born, which can be seen on the Mimizan Tourism website (see entry on this website about Tourism Offices). There are many attractions in this town, so here we will highlight the most interesting ones for tourists and travellers.

3. Botanical garden. A beautiful place not to be missed. All the information can be found in another entry of the website. 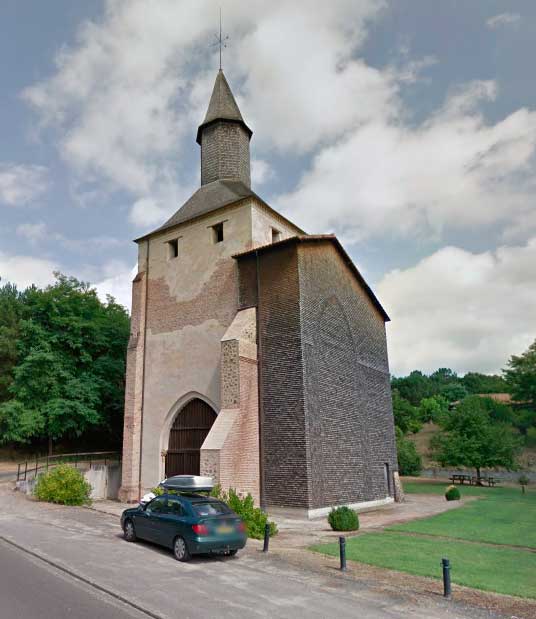 4. Museum of History and Museum of the Priory of Mimizan. They are opposite each other. They are located at 20 rue de l'abbaye, in the former church of Sainte-Marie. They contain objects and information on the history of the region, from prehistoric times to the Middle Ages, as well as on the modern local economy. The tours, which must be booked, include a virtual presentation of the convent and a visit to the church, which features a 13th century polychrome portico and 15th century mural paintings. The bell tower-portico of the Priory is inscribed on the UNESCO World Heritage List. Admission costs 4 euros and is free for children under the age of 14. More details on their website.

5. Cycling routes. There are five routes to enjoy Mimizan by bike, all of them flat. You can see them in this pdf with the map of Mimizan and the routes.
Next to them, there is a very beautiful piste cyclable, the one that goes to Contis Plage through a gigantic wooded area. It is about 14 kilometres, but if you want to do a shorter route, you can do just the 6 km that separate Mimizan from the Leslurgues Forest House, a building that marks the beginning of the Mailloueyre Reserve, a beautiful spot that includes a fountain, picnic area and two routes for walkers, one of which is home to the Great Mailloueyre Pond. We will talk about this place later.

6. Walking routes. The cycling routes are also perfect for walkers, so just click on the link in the previous point. But there are also two other routes specifically for walking, although both are located outside Mimizan. In this link you can see the two routes in pdf. 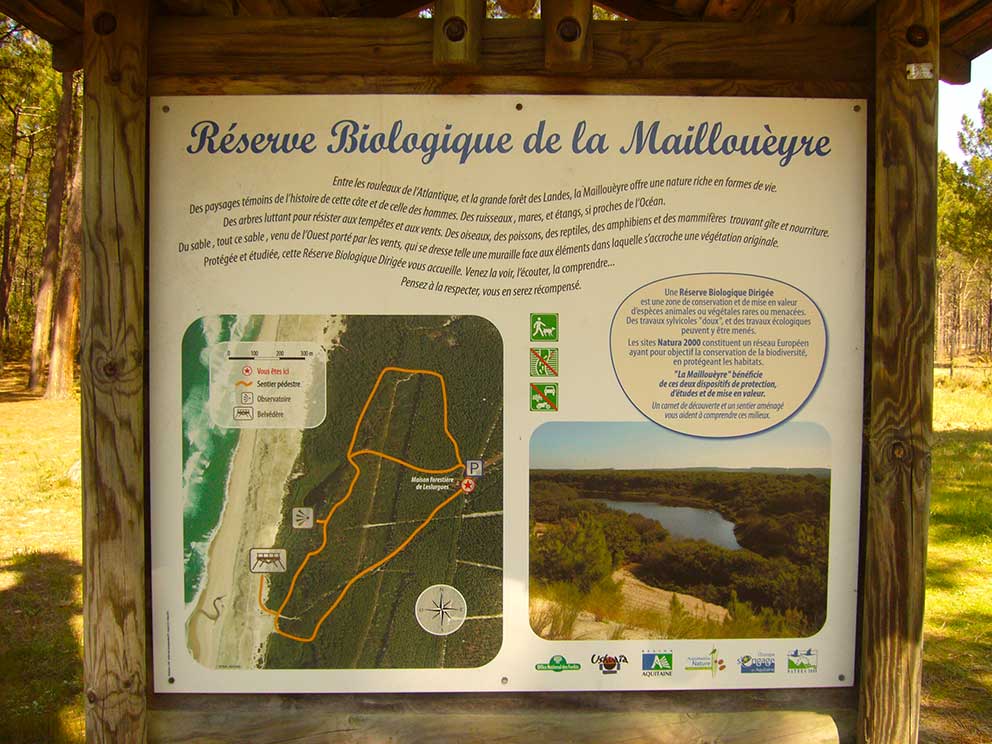 7. Mailloueyre biological reserve. This is 162 hectares of land declared a nature reserve in 1979 to prevent any kind of hunting and the invasion by vegetation of the two ponds that nourish this beautiful area. This reserve, which includes the Leslurgues Forest House -where the reserve itself begins- and which can be reached by bike along the cycle path linking Mimizan to Contis Plage, preserves numerous tree species and extracts the resin from the pine trees, an activity which was once the main source of wealth in the area.
In addition to a fountain and a picnic area, the reserve has two small complementary trails for walkers, a short one of 2.3 km and a long one of 3.6 km. It is worth doing the longer one, where you can see the two ponds, the Observatory and a promontory with magnificent views and information about the area. More information in this other entry on the website.