Byke paths are small roads exclusively for bicycles. The Landes region is full of them, both between and within villages, so that almost all visitors take their bikes with them in their vehicles. However, if you don't have them, or if the limitations of your vehicle prevent you from transporting them, there are plenty of shops, villages and even campsites where you can rent a bike; we have yet to see a town where there is not a small bike rental shop.

On another page of this website (Cycling routes) we suggest specific, affordable routes for cycling between villages or neighbourhoods. We will now explain what the Vélodyssée is and what is its route through the Landes.

Starting from the beginning, there is a largely completed European project to link all the countries of the continent with bicycle lanes called EuroVelo. France is one of the countries where this infrastructure is most advanced. In fact, its main road, the one linking Roscoff -on the Brittany coast- with Hendaye, is almost finished. This mega-railway, which covers some 1,200 kilometres, is the one that runs through the Landes region and is called Vélodyssée, which holds the number 1 spot in this European project. 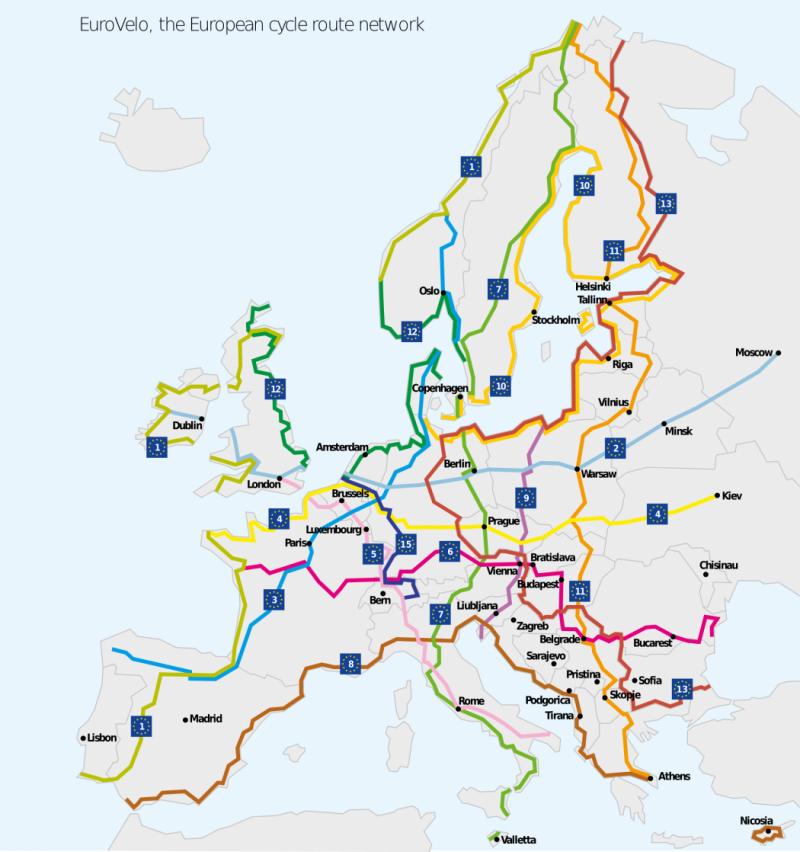 The vélodyssée begins its journey through Landes in the bay of Arcachon, and winds its way through the Landes region, meandering through its extraordinary forests and lakes.

We have created the complete route of the Vélodyssée on Google Maps so that you can see in detail where this piste cyclable has become the main communication route for many tourists and even for a large part of the inhabitants of the Landes.

It is divided into eight stages, although they can be followed independently of each other. The stages are:

The busiest routes - especially for Basque tourists, who throng the campsites and holiday resorts all along the coast - are those corresponding to stages 4 to 7, i.e. from Mimizan to Capbreton. The routes are easy for all types of travellers, as there are no significant hills and the distances are accessible to everyone.

Let's take a look at the maps to see the route of these four stages in more detail: 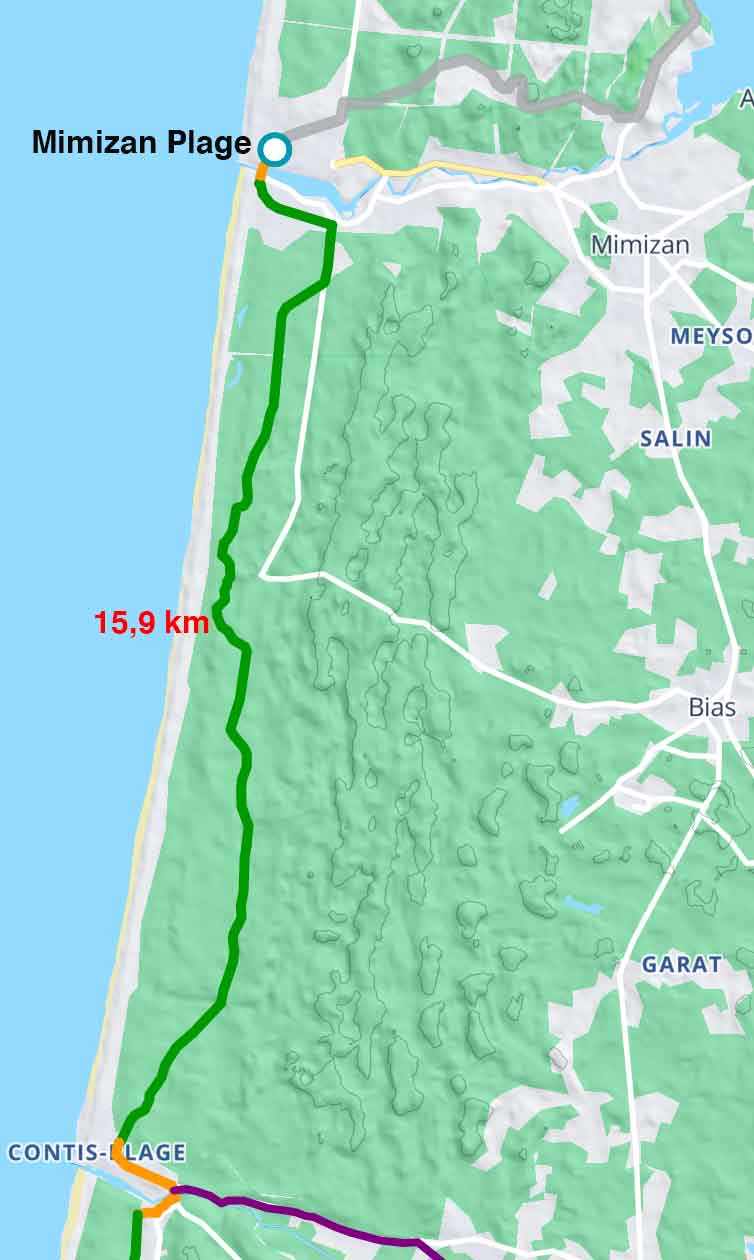 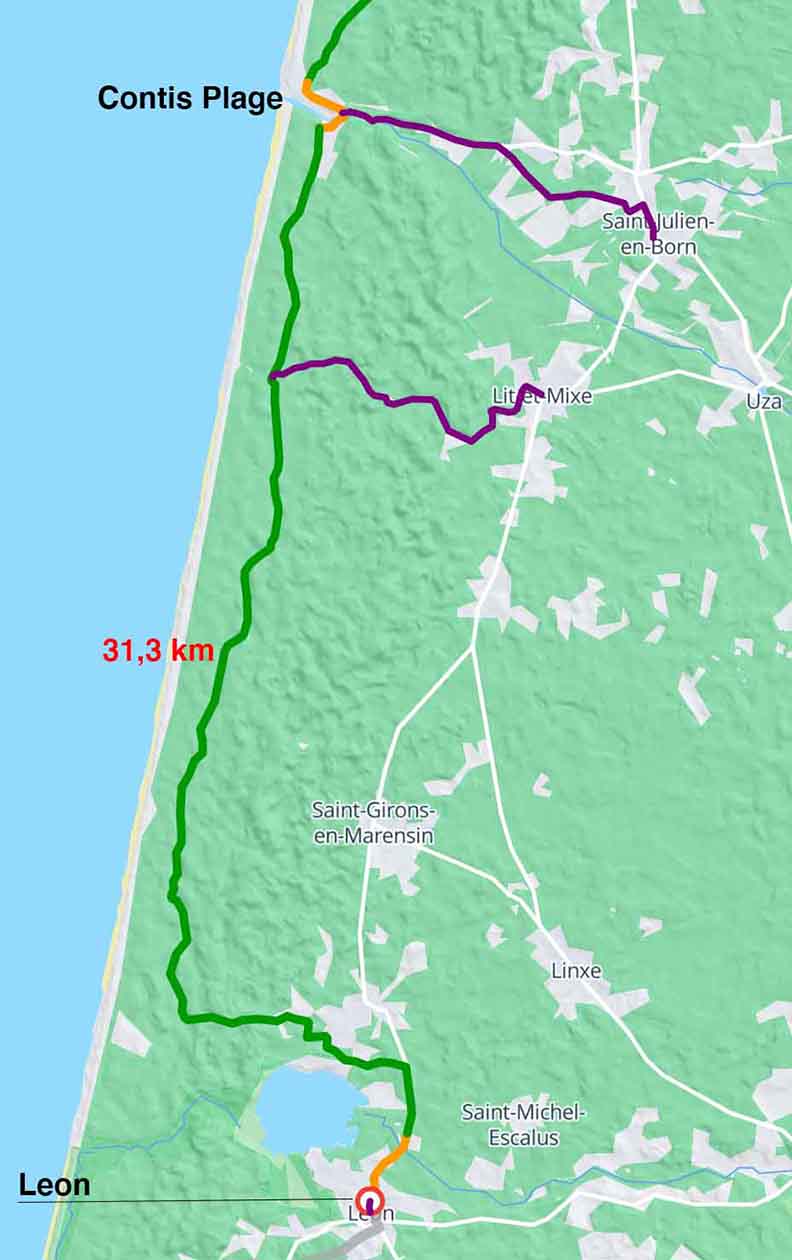 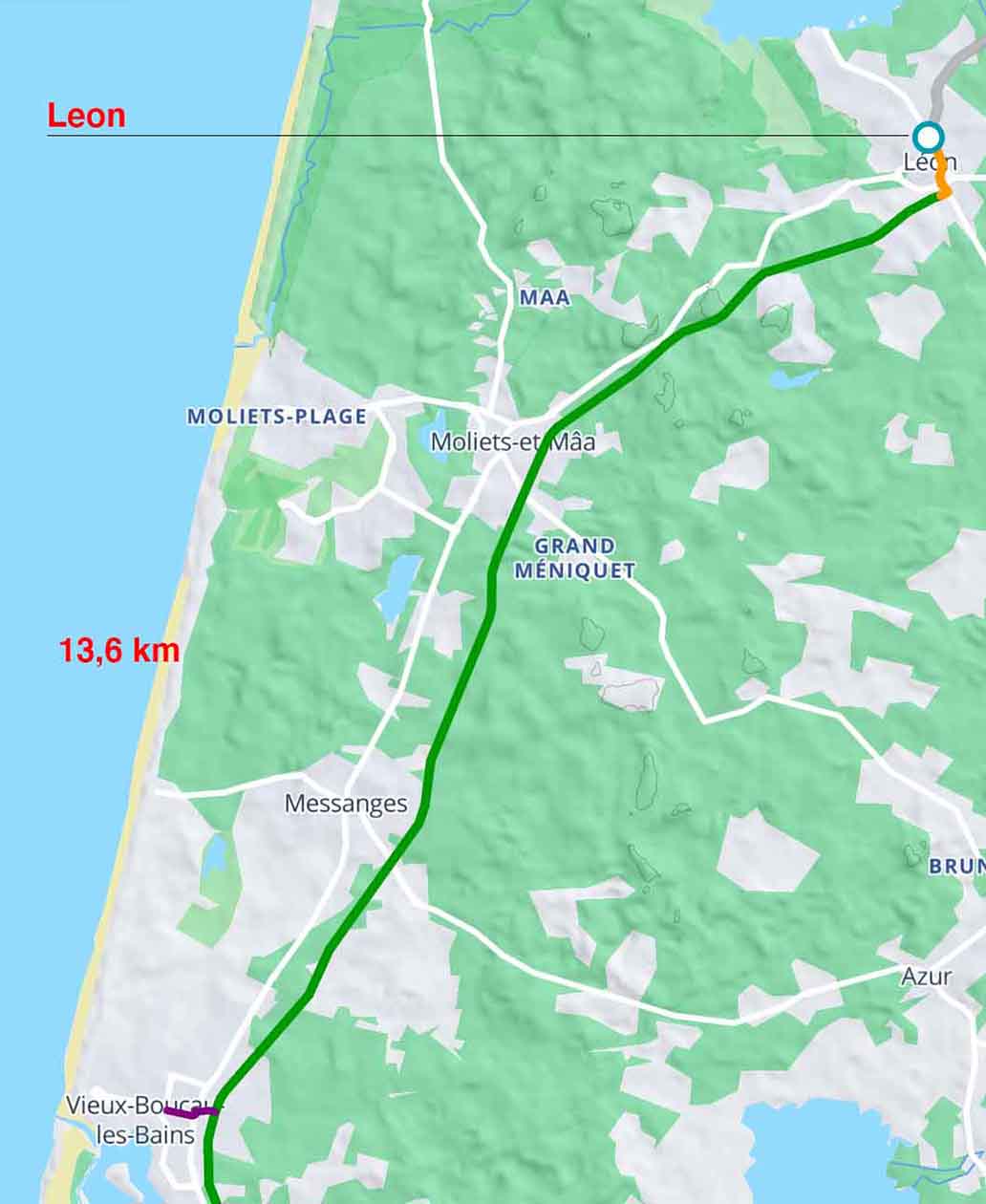 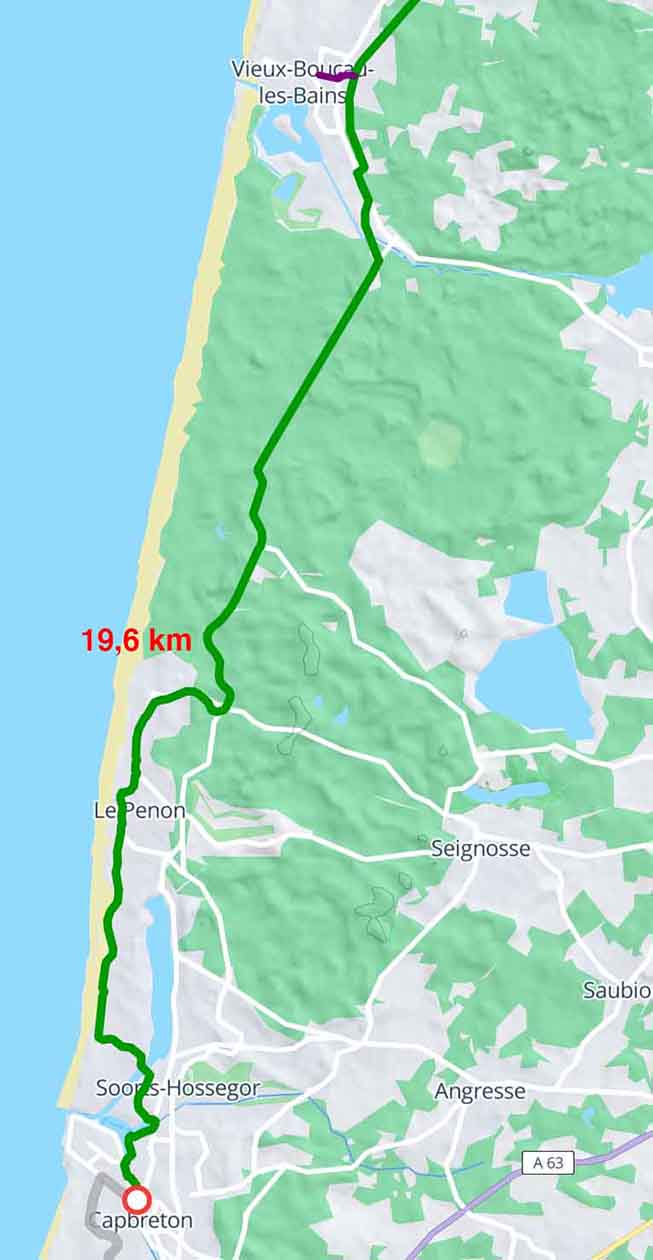 Practically all of these stages have intermediate points on their itinerary where you can enjoy picnic areas or recreational areas and diversions to the beaches or to population centres.

Signs to indicate the proximity of a piste cyclable are usually one of these two (or both): 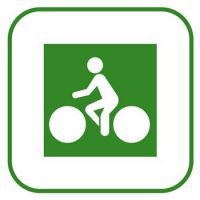