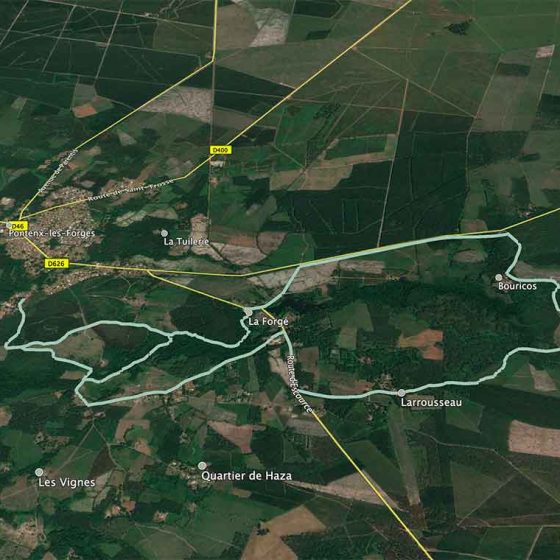 The route is very long (14.7 km), but in reality it can be shortened to a third of that by doing only the small circuit closer to the centre of the village, as shown on the map.

The long route runs along forest paths, passes by the Étang de la Forge and runs partly along the Courant des Forges, while the short route does not reach the lake but runs along a longer stretch of the river. 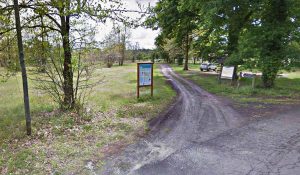 We start the route on the outskirts of Pontenx, on the Route de Guilleman, next to the Pole Sportif Guilleman. The start is already marked with the sign in the picture.

The whole route is well signposted, either with the characteristic white plaque with a blue horizontal stripe, or with signs indicating the route or the route to follow.