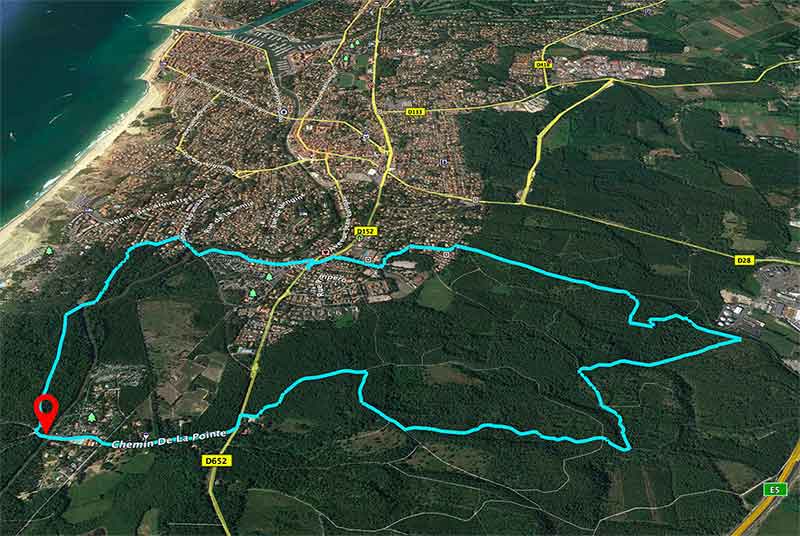 Capbreton has become one of the most popular tourist areas in the Landes. The fact that it is a coastal town (with an estuary and two canals) and the increase in the number of tourist services on offer has meant that the number of tourists (mainly of Basque origin) has increased over the years.

This route of the nine churches (circuit du Tuc des neuf églises), which is completely flat, runs along both urban streets and forest paths, and also includes some stretches of pistes cyclables.

The entire route is identified by these small white rectangular signs with a blue stripe.

However, some of these signs are so hidden that it is really difficult to find them. To do the whole route without getting lost, we include below to download .kml and .gpx files in which the exact route is specified. 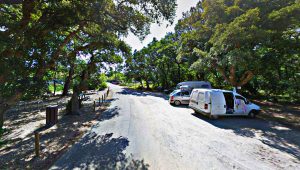 The route starts here, on the avenue Marais de la Ponte, right next to the bridge that crosses over the Boudigou canal.

At this point there is a small car park on the right for those who have come here by car, given its distance from the centre of Capbreton. On the left there is a picnic area where you can get your strength back after the walk, which makes this the perfect place to start and end this route.

And here are the links to download the .kml and .gpx files to view them with Google Earth and Garmin (or any other application that reads gps files), respectively: